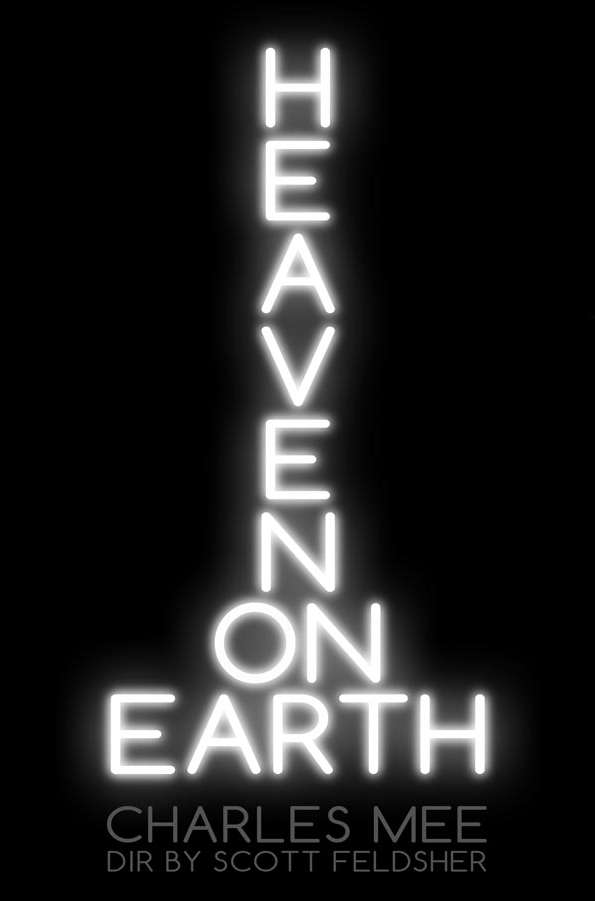 Heaven on Earth by Charles Mee, directed by Scott Feldsher, design by Robert Brill, with Dana Hooley, Walter Murray, and a cast of thousands, plus dancing girls. Part of the La Jolla Playhouse WithOutWalls 2015 Festival. Click here for tickets, or just show up and cause trouble. We do. 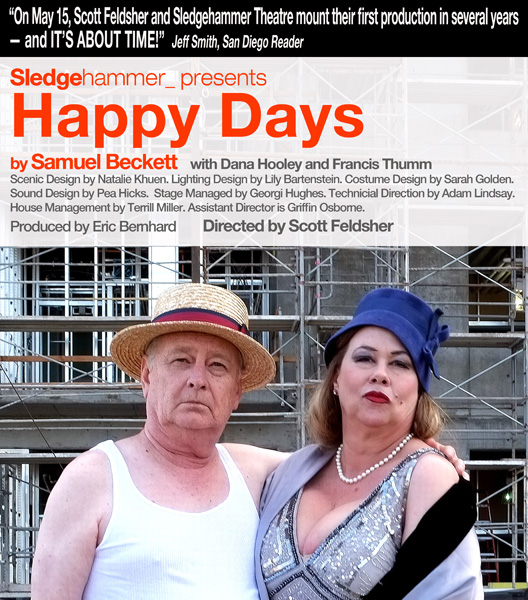 Join us for Sledgehammer_’s return production of Beckett’s Happy Days, at the Tenth Avenue Art Center's Studio Theatre, opening May 15th and directed by our founding Artistic Director Scott Feldsher.

Feldsher calls Happy Days, “A vaudeville for the end of time, a true Sledgehammer_ romcom for the dead and dying. It’ll have captivating imagery that should resonate with Beckett’s gorgeous text.”

The production will feature real life married couple, Sledgehammer_ veterans and San Diego theatrical treasures Dana Hooley and Francis Thumm as Winnie and Willie, Beckett’s iconic vision of the post-apocalyptic married couple. Winnie, literally half-buried in the earth, passes the time speaking to Willie, who crawls around attempting to stay out of the blistering sun. As Feldsher describes, “Imagine Ethel and Fred from ‘I Love Lucy’ at the end of time and you have some idea of what to expect from these two stellar actors.”

Sledgehammer_ has a long, vibrant history with Samuel Beckett, first producing a critically acclaimed version of Endgame, hailed by Jan Breslauer of the LA Weekly as “more compelling than Joanne Akalitis’ famed version at American Repertory Theater,” followed by a powerful version of Krapp’s Last Tape starring Bruce McKenzie, and, most recently, the “Beckett3” art installation (2007) inspired by the life and work of Samuel Beckett and his longtime collaborator and Feldsher mentor Alan Schneider.

Continuing Sledgehammer_’s mission of being a creative home for local artists, Happy Days’ scenic and graphic designer Natalie Khuen just graduated from UCSD’s Masters in Theatre program. She was recommended by Sledgehammer_ alum Robert Brill, whom she assisted during his residency at La Jolla Playhouse. Khuen’s UCSD colleague Lily Bartenstein is making her Sledgehammer_ debut as Lighting Designer. Adam Lindsay (San Diego Rep) returns as the Technical Director, Pea Hicks as Sound Designer, and Sarah Golden is the Costume Designer. 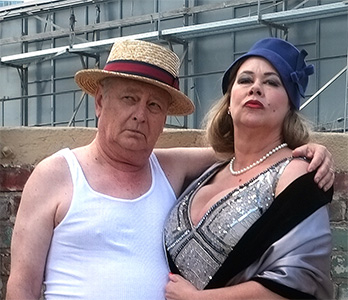 Dana Hooley has been performing with Sledgehammer_ since 1991. Some of her favorite productions include The Saint Plays, A Wake, No Time Like the Present, and The Chairs. She’s continually featured on local stages: North Coast Rep’s The School for Lies; Ion Theatre’s Frozen (San Diego Critics Circle Outstanding Lead Female), The Grapes of Wrath, and The Glass Menagerie; and Diversionary’s The Marriage Bed, Anita Bryant Died For Your Sins, and The Long Christmas Ride Home.

Francis Thumm wrote the original score for two Sledgehammer_ productions: No Time Like the Present and Quoth the Raven (Patte Award). As a performing musician and music director he's worked with The Harry Partch Ensemble, Robert Wilson, and Tom Waits.